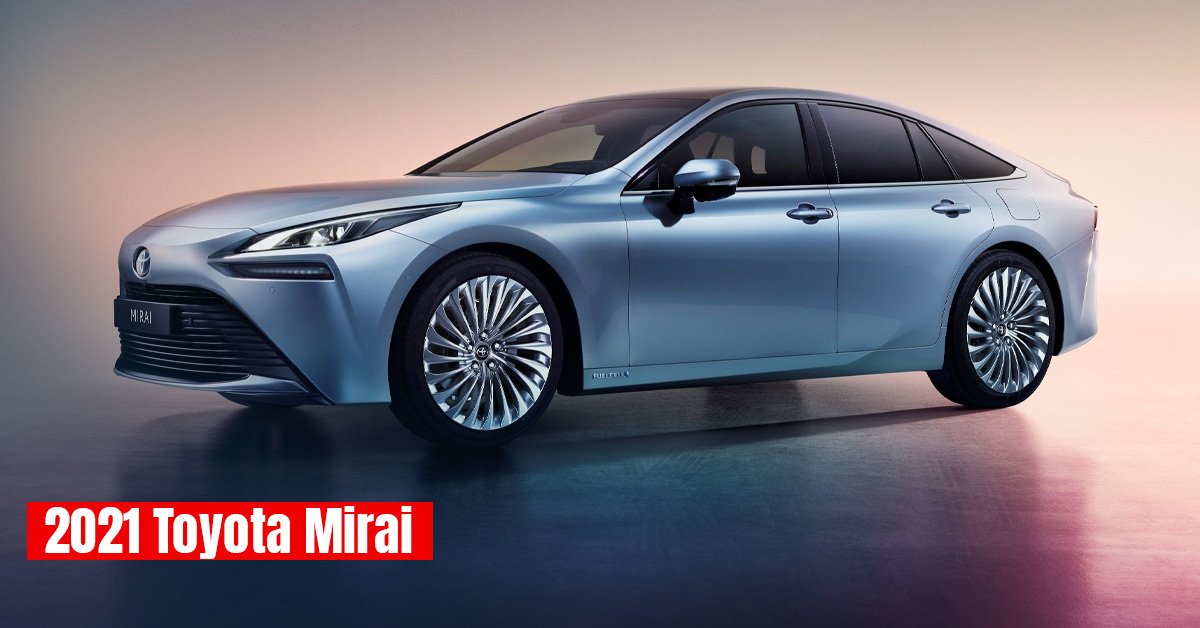 Bochi bochi () is a Japanese expression which designates this way of progressing by small increments specific to the inhabitants of the Land of the Rising Sun. The car manufacturer Toyota has been following this approach for decades with its various models that travel the planet and innovates in small doses to last a long time. The 2021 Toyota Mirai is the first true representative of the hydrogen industry and has been modelled to meet the worlds requirements for zero-emission vehicles.

Toyota Drummondville, in the heart of Quebec, along Highway 20, between Saint-Hyacinthe, Victoriaville and Plessisville, tells you all about this hydrogen fuel-cells electric vehicle.

First of all, what are we referring to when we talk about a hydrogen car? Its a 100% electric vehicle, but rather than electricity being stored in a set of batteries, its produced from a chemical reaction between oxygen and hydrogen in a fuel cell that generates 151 horsepower and 247 lb-ft for the 2021 Toyota Mirai. The 2021 Mirais only emission is water vapour that is occasionally discharged through a pipe under the vehicle or that you can manually purge through a button labelled H2O, which is handy to avoid releasing water in less convenient places, such as a garage, for example. Toyota is talking about a zero-emission vehicle and is committed to continuing its research in this direction for years to come, as the results are spectacular and very encouraging.

Whats more, the Mirais hybrid system recovers energy during deceleration and braking and returns it to the battery, thus extending the batterys range and allowing you to drive for more than 500 kilometres, the equivalent of a conventional gasoline-powered car. Thats not bad for a 100% electric vehicle!

Recently (March 2020), Toyota Canada announced at the Quebec City International Auto Show the second generation of the Toyota Mirai starting in 2021. This second generation of Toyotas hydrogen-powered electric vehicle will feature a body inspired by a coupe, at once striking and refined, with a lower, longer and significantly wider profile. The design will be more aerodynamic, but also emotionally stylish without being arrogant, proving that zero-emission vehicles can also be stylistically innovative, bochi bochi.

Added to this is another important and equally impressive innovation that transforms the driving experience. The main new feature on this second-generation Mirai is that the front-wheel drive will now be replaced by a sportier rear-wheel-drive system. Drivers will love its improved handling and performance. The new Mirai will also be more powerful, more stimulating, more agile and quieter than its predecessor. A new fuel cell system and increased hydrogen storage capacity have resulted in a 30 percent increase in range over the current Mirai. In addition, this hydrogen wonder will be eligible for a grant from the Government of Quebec.

All in all, the 2021 Toyota Mirai is a zero-emission vehicle that has an excellent electric range and can quickly be recharged with hydrogen. The 2021 Mirai also has an excellent hybrid system that allows this sedan to go far, very far in Quebec and Canada.

Toyota Drummondville In the Heart of Quebec

With a dynamic, ingenious and innovative team, Toyota Drummondville, in the heart of Quebec, bordering Highway 20, between Saint-Hyacinthe, Victoriaville and Plessisville, offers you an exceptional service thanks to experienced advisers who know how to listen and respond to your needs, as well as knowledgeable technicians who know all Toyota products from A to Z. Whats more, Toyota Drummondville offers you the best prices in Quebec, advantageous financing solutions and an inventory of outstanding new and used vehicles. Toyota Drummondville is one of the best dealerships in the region, and knows how to take care of its customers and the community in these difficult times we are going through.

Thanks! A representative will contact you shortly to present you with your credit potential.

Close
Your request was sent successfully!

Thanks! A representative will contact you shortly to present you with your credit potential.

It looks like you are using a deprecated browser, which might encounter problems properly displaying this site. For the best browsing experience, we recommend switching to Google Chrome.

A potential customer who visited your website has completed an online form on the following page {$CUSTOMPAGENAME}: